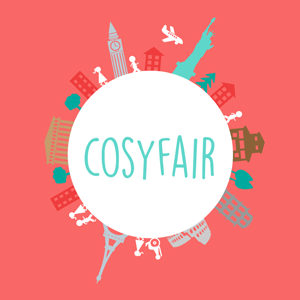 When you book with an account, you will be able to track your payment status, track the confirmation and you can also rate the tour after you finished the tour.
Sign Up

Or Continue As Guest

When you book with an account, you will be able to track your payment status, track the confirmation and you can also rate the tour after you finished the tour.
Sign Up
429

Do not hesitate to give us a call. Non esitate a telefonarci o scriverci.  We are an expert team and we are happy to talk to you. Siamo un’organizzazione esperta e siamo felici di parlare con te. +39 3356973981 – info@cosyforyou.org

A journey to discover Irpinia, a lively territory rich in art and architecture treasures, scattered with centuries-old manor houses, places of profound religiousness, oasis of unspoiled nature. Irpinia is permeated with popular legends (witches), culture and culinary traditions that are found in itineraries of taste, full of fragrances and aromas, sparkling and genuine. The daily tour turns to the discovery of Benevento and Casalbore.

Meeting at the pre-arranged point (transport terminal) Piazza Garibaldi with all the participants and transfer by accessible minivan/bus to Benevento.

Arrival to the city of Benevento, nestled between the rivers Sabato and Calore in the Apennine hinterland of Campania; it is a real treasure trove of history, traditions and culture. The excursion turns to the discovery of the majestic stronghold that in 571 was conquered by the Longobards, which, having understood the strategic importance of its geographical position, made it the capital before the Duchy and then, in the VIII century, of the Lombard principality. As evidence of this phase, the church of S. Sofia remains, declared a UNESCO World Heritage Site in 2011. With the fall of the Lombards the city will be governed for eight centuries by Rectors of the Papal State. The itinerary will accompany the visitor to discover this extraordinary “open-air museum” of 14 centuries of history through the visit of the main buildings that since Roman times were the scene of these historical events, without neglecting the rich food and wine tradition of which boasts the Samnite city, famous for its products such as the liqueur Strega, nougat or wine.

Approximately 14 pm bus walk to the village of Casalbore: visit the streets of the old town (historical centre), where we can admire the access doors to the castellated area, the exterior of the Norman Tower, historical and architectural element, symbol of Casalbore that probably marked the birth of the ancient village. Next to the Tower in the rooms of the Castle there is the “Museo dei Castelli”, an exhibition dedicated to the centuries-old stone giants that inhabit Irpinia.

Arrival at the Transport Terminal  or meeting point. End of our touristic services

Date, times and places of departure and return

Tour available all year round.

Date, time and place of departure

Pick up  at the bus collection points with vehicles and driver.

It is possible to request an extra transfer from your home / hotel / arrival terminal or different pickup point.

Date, time and place of return

h……. Pick up and transfer to the meeting places

It is possible to request a different meeting point and different times for groups of 10 people up.

– Reservations required within 30 days before the departure date unless otherwise indicated.
– Confirmation of the reservation will be sent within 72h from receipt of the reservation with payment authorization.
– Children up to 2 years of age in Italy must share the bed with adults.
In case you need a cot or any other additional service it is necessary to request it in advance on direct payment.
On request reservation of one or two nights in a *** / *** hotel and air or rail transfer from other cities.

Prices are calculated on the basis of the price lists in force at the time of the publication of the programs.
In the event of a price increase, we will communicate it at the time of booking and before our confirmation.
Customers can request different economic levels of services with payment of the difference.
Entrance tickets for disabled and accompanying persons are free or discounted.

The following extra services can be booked after registering, selecting the package and entering the booking area. The cost of each service will be automatically added to the budget reached.